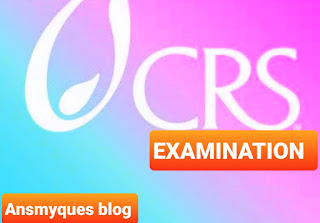 1. God rewarded the midwives who were instructed otherwise by Pharaoh to cast the male born into Nile with ________ A. long life B. Families C. Spoils D. Wealth

2. Pick the odd one out A. The paralytic B. Division of Red Sea C. The Blind Man D. All of the Above

3. One but all is true is the following. A. Joseph became the president B. Moses was a leader C. Deborah was a seer D. David birth Tamar

5. “Nathan told David there were two men in the city…” A. One has farm, the other sheep B. one was rich, the other is poor C. One is a capitalist, the other is socialist D. A only
6. __________ is true about the following option A. The first of born David with Bathsheba love David B. The second born became King C. David killed the mother of Bathsheba first son D. A only
7. Nineveh where Jonah was sent to was the capital of __________ A. Cyprus B. Israel C. Assyria D. Amalekites
8. David fast and wept for God to reverse his decision as burning the child A. True B. Somewhat true C. False D. Partially
9. That Jonah asked to be thrown into the sea A. he knew God would rescue him B. he was hard hearted rather than obedient C. A and B D. A only
10. Agag was killed by ______ in cold blood A. David B. Samuel C. Saul D. Adonijah
11. “Behold the lamb of God” Jesus was compared ven and to a lamb in this verse because he: A. was to be slain on the cross B. was to take away the sins of man C. was to be humiliated and persecuted by the word
12. “God exalted the name of Jesus about every other name in heaven and on earth because… A. Jesus was born in the likeness of a man B. as a thson of God C. In humility, he counted others bitter than himself D. He humbled himself to be born in human form and was obedient to death
13. “Is any cheerful?” such person in effective prayer was ask to __________ A. Smile B. Sing praises C. Thank God D. Clap and dance
14. Without Faith as supposed by Saint James, it will __________ A. not be possible to acknowledge Jesus B. not be able to fight Satan C. be impossible to please God D. be hard to see, feel God’s presence
15. Testing one’s faith according to Saint James produces _______ A. endurance B. Steadfastness C. Goodwill Verisimilitude
16. When Moses was born, the mother hid him for _________ month before finally putting in that basket A. four B. Three C. Two D. one
17. One of the following is among the midwives A. Hannah B. Saphira C. Porah D. Elzazer
18. That he followed them after he has realeased them, the pulling factor here was _________ A. Pharaoh B. God C. Caleb D. Aarch
19. As Zipporah is wife to Moses, so as_______ is the daughter to Rewel A. Rachael B. Zipporah C. Lapidoth D. Jechobed
20. Jeroboam was son of _______ who was sent to exile A. Solomon B. Nebat C. Paul D. Benjamin
See also  How to Successfully register for JAMB 2021

21. Whenever you mention incest as falling under parental control, ________ is to be mentioned. A. David B. Tamar C. Amnon D. All of the above

22. The king of the Northern Kingdom after Solomon was A. Rehoboam B. Jeroboam C. Judea D. Asa
23. The sun God who the Israelites burn their children to at Dan was ________ A. Molech B. Asheral C. Boal D. C only
24. Pick the odd one out A. Moses B. Deborah C. David D. Gideon
25. “I will get glory over Pharaoh and all his hosts and the Egyptians shall know that I am Lord” This statement signifies that: A. The Egyptians shall figure the Israelites B. Israel shall defeat the Egyptians C. the glory of the Lord shall be made manifest by his defeat of the Egyptians D. rejection of Moses as an Egyptian Prince E. recognition of Moses as a Prince and a hot judge.