JJC Skillz confirms his marriage to Funke Akindele has ended

I’m making this announcement so the public knows we are both pursuing separate lives.”

Six years after their marriage and several rumours of separation, Mr Bello finally confirmed their divorce in an early Thursday morning Instagram post.

The music producer and filmmaker revealed this on his Instagram page on Thursday morning.

His statement read: “Dear Friends and family, I need to let you know that Funke and I have separated. While it lasted, we shared many things and have created two beautiful children.

“The last two years have been tough for us. I have tried my best to fix things, but I believe it is beyond repair. 3 months ago and at Funke’s insistence, I moved out of the house and, apart from AMVCA, have not been able to get Funke to sit down amicably to discuss the future of our relationship.”

“I’m making this announcement, so the public knows we are both pursuing separate lives. We still have issues that need to be addressed, such as the custody and wellbeing of our children, which is paramount, and business interests that need to be disentangled, but I do not doubt that these will be resolved one way or the other.”

Like the actress’s first marriage to Lagos politician Kehinde Oloyede, it appears history has repeated itself.

Her ex-husband broke the news of their separation on his Facebook page.

News of the failed marriage broke when Mr Oloyede announced the separation between himself and the actress via a post on Facebook.

His Facebook post read: “It’s with a heavy heart that I am announcing the separation of me and my wife, Mrs Olufunke Akindele; we’ve both agreed to go our separate ways because of irreconcilable differences. We are still best friends, and we 4ever remain good friends”.

Her pregnancy rumours were among the top searched results on Google search engine in August 2017. They welcomed twin boys in December 2018 and have several step-children.

However, the actress and JJcskillz have been on the news in recent times over fights with his ex-wife Mella and her outspoken step-son Benito.

As revenge, Mella posted a picture of her estranged husband and his new family, revealing the identity of Funke’s boys, whom the couple had hitherto shielded away from the public, on her Instagram page.

Benito Bello claimed he lived with Funke and JJC for two years and the experience was a horror. He added that the actress is not what she is believed to be.

Benito’s allegations came on the heels of the accusation made against JJC Skillz by Mella, his mother; after that, JJC Skillz and Benito  unfollowed each other on Instagram. 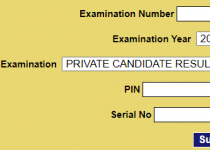 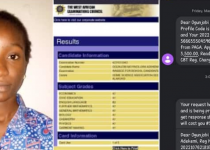