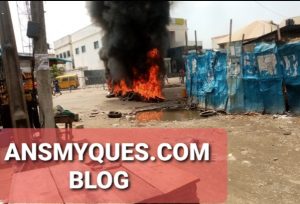 It was alarming to see that as there is another fight outbreak at IDI ARABA, not quite far from the popular UNIVERSITY of Lagos teaching hospital, this was between the Okada riders and the state police task force has some video show the police shooting to the air and to some sides of the gutter

Motorcycle (Okada) riders and Lagos State Task Force are reportedly involved in a clash at the Idi Araba area of Lagos.

The Lagos government banned motorcycle operations in some locations since June 1, 2022.

The authorities already seized thousands of bikes which are now routinely crushed publicly.

“The Taskforce went well prepared. They (riders) were just causing a scene after Taskforce left with some of their impounded motorcycles.”

Hundeyin said the Rapid Response Squad (RRS) and men from the Area Command have been drafted to the scene.

The spokesman added that there’s “absolutely nothing to worry about”.

As to anyone passing through that route, it’s advise alternative route should be sought. 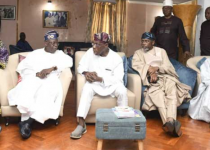