Skip to content
Home
UNITED STATE & THE WORLD
Even After Jan. 6 Capitol Riot, Trump Refused To Admit Election Was Over
Spread the love

Donald Trump refused to admit in a speech the day after the Jan. 6 assault on the U.S. Capitol that the 2020 election was over and that he had lost, according to new video shown on Thursday by the House committee investigating the attack.

“I don’t want to say the election is over,” Trump said in footage recorded as he rehearsed a Jan. 7, 2021, speech that White House staff wrote in the hope of encouraging calm after a mob of the then-president’s supporters launched the deadly attack intended to overturn his election defeat.

The previously unseen footage was broadcast during Thursday’s hearing of the House of Representatives Select Committee investigating the Jan. 6 attack.

“I just want to say Congress has certified the results without saying the elections over, OK?” Trump said. Unseen off-camera, his oldest daughter Ivanka could be heard helping revise the speech text.

In the version of the address that was aired at the time, Trump simply said, “Now Congress has certified the results. A new administration will be inaugurated on Jan. 20.”

The hearing on Thursday focused on what members said was Trump’s failure to act for the 187 minutes between the end of his inflammatory speech at a rally urging supporters to march on the Capitol, and the release of a video telling them to go home. 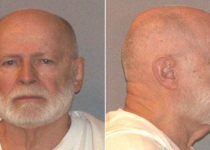