Buhari Orders Ngige to Step Down From Ongoing Negotiation With ASUU

ASUU has also blamed Mr Ngige for allegedly constituting clog in the wheel of the progress of the negotiation towards addressing the crisis.

President Muhammadu Buhari has ordered the Minister of Labour and Employment, Chris Ngige, to hands off negotiations with the striking Academic Staff Union of Universities (ASUU).

Mr Buhari, who gave the directive during a briefing by the heads of the various concerned ministries, departments and agencies of government on Tuesday in Abuja, also okayed the suggestion by the Minister of Education, Adamu Adamu, to take over the negotiations.

Mr Adamu was said to have complained to the gathering the reason behind his prolonged silence on the matter, saying his labour and employment counterpart had since 2016 argued “that only the labour ministry has the mandate to negotiate with striking workers unions in Nigeria.”

ASUU stated the position on Tuesday at a media briefing on the status of the negotiations. The union said the position became necessary as part of its efforts to clarify conflicting positions allegely linked to the union.

A highly-placed source, who was at the meeting and spoke with PREMIUM TIMES in confidence, said earlier reports that President Buhari ordered the education minister to address the ASUU crisis within two weeks is inaccurate.

The source said; “The President never directed the education minister to end the strike in two or three weeks. It was the minister himself who hinted of a possibility of an end to the crisis between two and three weeks.

“But the education minister said he distanced himself from the negotiations following the position taken sometime in 2016 or thereabouts when a similar issue arose and the labour minister said it was his duty to take over negotiation and quoted some ILO provisions.”

The source said Mr Adamu expressed surprise that when his labour counterpart made the argument at a cabinet meeting at the time, none of the cabinet members contradicted him and that the President maintained silence.

“So the education saw the President’s silence as an approval of Mr Ngige’s position at the time,” the source added.

The latest conflict between the minister of education and his labour and employment counterpart is not new.

The labour minister had in the past criticised his education counterpart, accusing him of not doing enough to resolve the labour crises in Nigeria’s higher institutions.

In April, while meeting the 2009 FGN-ASUU agreement renegotiation committee headed by Nimi Bŕiggs, a professor, Mr Ngige explained his challenges with the education ministry.

In a statement distributed to the media by his ministry after the meeting then, Mr Ngige said in the December 2020 agreement, he gave the government side a timeline to return to the university unions who are their employees to sort everything out.

He said; “I started pushing to see that things were done. What the Munzali committee came up with is a proposal. Both Munzali and ASUU did not sign. At our last meeting in February before ASUU proceeded on strike, we said everyone should go back to his principal.

“As a conciliator, I have to make use of the labour instruments at my disposal. The bosses in the Federal Ministry of Education do not feel the strike. There are things that are above me. I am not minister of education.

“I cannot go to the education minister and dictate to him how to run his place. But I told ASUU that you should be bombarding them at the Federal Ministry of Education for this to be moved forward. There are many ways to do so.”

This was confirmed on Tuesday by ASUU, which said Mr Ngige had once directed the union to “picket the education ministry”.

At Tuesday’s briefing, the concerned ministries, agencies and departments of government gave the status of the negotiations to the President.

Those at the meeting with the president were the ministers of education, finance, labour, and communications and digital economy, Adamu Adamu, Zainab Ahmed, Mr Ngige and Isa Pantami respectively.

Others were the Head of Service of the Federation, Folashade Yemi-Esan; Chairman of the National Salaries Income and Wages Commission, Ekpo Nta, and the Director-General of Budget Office, Ben Akabueze.

A source at the meeting mention that the President directed that the Secretary to the Government of the Federation, Boss Mustapha, and Mr Ngige should only serve as observer and conciliators at the resolution meetings.

See also  WAEC Result : We will not release the result of states indebted to WAEC, 2022

The source further explained that the education minister has promised to immediately begin a series of meetings with ASUU to resolve the crisis as soon as possible.

The source said: “The minister has consistently explained that the agreement reached with the previous administration on the release of about N1.3 trillion to the university system is not realistic but that something around a quarter of such can be worked out.

“Also, in the salary structure being negotiated, the minister is open to paying a professor a salary not less than N1 million. That will be tabled before relevant agencies of government to arrive at implementable proposals so that the unions can take them to their members for consideration.”

The source said because the minister believes the lecturers are patriotic Nigerians, the matter could be resolved.

“So the President, agreed to this and asked him to take immediateaction. ”

Meanwhile, the education ministry has declined comment on the matter but pledged to make a statement available to the public on Wednesday.

In a telephone interview with our reporter on Tuesday evening, the Director of Press in the Ministry of Education, Ben Goong, said he would not speak on the matter.

“I believe that you know this is a sensitive matter, you wouldn’t expect me to just speak to you. But I can assure you that the ministry will make a statement on Wednesday,” Mr Goong said.

“It is against the principle of natural justice and the doctrine of equality for Dr. Ngige who carries himself as if he has personal scores to settle with ASUU and shoots down the Union everywhere it matters to assume the role of conciliator.”

He said nothing concrete came out of the endless deliberations with the minister as the conciliator as he “kept approbating and reprobating”.

The ASUU president said: “It appears that Dr. Ngige has deliberately misrepresented the International Labour Organisation’s (ILO) convention on the collective bargaining agreement and the roles of a conciliator to serve his propagandist interest in this matter.

“For instance, he would declare that he fully supported our demand that the renegotiation of the 2009 FGN/ASUU be speedily concluded within six weeks while at the same time creating an unrealistic pathway to arriving at a Collective Bargaining Agreement (CBA),” Mr Osodeke said.

it is reported that the minister claimed that ASUU sat down to fix its members’ salary after asking representatives of the government’s ministries, department and agencies (MDAs) to recuse themselves from the meeting with the Nimi Briggs-led committee on renegotiation of the 2009 agreement.

ASUU embarked on an initial four-week strike on February 14 but has continued to extend the strike as the union and the Nigerian government have failed to reach an agreement.

The university teachers are requesting the implementation of the renegotiated 2009 agreement that contains its members’ conditions of service as well as the deployment of the University Transparency and Accountability Solutions (UTAS) to replace the Integrated Personnel Payroll Information System (IPPIS) currently in use.

ASUU alleged irregularities in the IPPIS, adding that the salary payment platform has stripped universities of their autonomy.

Meanwhile, in a statement Tuesday the President of ASUU, Emmanuel Osodeke, berated the labour and employment minister.

The union expressed reservation about Mr Ngige’s claim of being a conciliator, accusing him of taking sides.The union said; “ASUU has always had serious reservations about the claim of “conciliation” by someone (Mr Ngige) who has taken sides in the dispute, or by an unabashed protagonist in the crisis such as the current Minister of Labour and Employment. It is antithetical to the International Labour Organisation (ILO) Conventions (98, 151 & 154) on collective bargaining and tripartism.

“The Trade Dispute Act, the principal legislation for labour relations, does not empower the Minister to assume the office of conciliator. This is to guarantee the principle of “good faith” in negotiations, which implies making every effort to reach an agreement, conducting genuine and constructive negotiations and applying them in good faith. 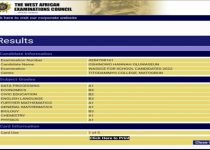 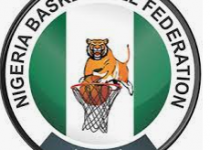