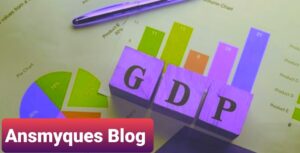 1. When is the marginal product is positive, then

A. the total product will increase at increasing rate

B. the total product will increase at decreasing rate

D. all the above.

2. When average product is rising, marginal product can fall if

A. Average product is more than marginal product

B. average product is less than marginal product

3. When marginal product is negative, then

C. total product falls D. any of the above.

4. The total fixed cost curve is parallel to the x axis because

A. expenditure on fixed factors increases as output increases

B. expenditure on fixed factors is zero at zero level of output & increases there after

C. expenditure on fixed factors is same throughout the production process    D. none of the above.

5. The average fixed cost curve is a rectangular hyperbola because

A. TFC remains constant during production in the short run

B. TFC decreases as more units are producer

C. TFC is zero at zero level of output

6. TVC curve will increase at decreasing rate when

D. None of the above.

7. TVC curve will increase at increasing rate when

D. All the above.

A. AR=MR because price is uniform for all levels of output sold.

B. AR > MR as to sell more units, price is reduced.

C. AR=MR because the increases at increasing rate

D. None of the above.

9. A producer is said to be in equilibrium under perfect competition when

B. Price=MC and MC curve is rising at the point of equally.

10. The price elasticity of supply of a good shown by a supply curve starting from the origin and making an angle of 75º with the x axis is

See also  THE PURPOSE OF READING AND WHY WE READ

11. If the supply curve of a good shifts to the lift it may mean that the cost of production has risen and

12. If the price of substitute goods in production rises, then the supply curve of the good will

13. Excess demand for a good will cause

A. competition amongst sellers which will push the price down

B. competition amongst buyers which will push the price up.

C. competition amongst sellers which will push the price up.

D. Competition amongst buyer which will push the price down.

14. Which out of the following is not a final good:

A. Refrigerator in a restaurant.

B. Refrigerator in the hospital.

C. Refrigerator in the chemist shop.

A. Capital formation B. Wealth

16. If the price of good x shown on x-axis falls, then the budget the will

C. rotate to the right on the x axis

D. rotate to the left on the x axis.

17. The budget line is a straight because.

A. price ratio of the 2 goods remains the same.

B. income of the consumer remains the same.

18. The demand curve will shift to the right when:

19. When price of the substitute good increases, then

A. the demand curve for the good will shift to the right

B. the demand curve for the good will shift to the left

C. there will be an upward movement along the demand curve

D. there will be a downward movement along the demand curve.

20. If the cross price effect is negative then the demand curve in the good will

A. shift to the left if the price of the other good falls

B. shift to the right if the price of the other good rises

C. shift to the left if the price of the other good rises

D. any of the above.   E. income of the consumer falls

A. proportional tax   B. progressive tax

A. It is productive B. It is expensive C. It is always easy to substitute capital for labour D. It is technically more efficient than labour

25. Which of the following taxes appear generally progressive in nature

26. Cost push inflation is likely to arise when

27. Fiscal policy that can control inflation will include the use of

See also  WHAT IS NOUN? CLASSIFICATION AND TYPES

29. A measure of the value of money in an economy is the

A. size of worker’s income   B. the general price level C. total level of savings D. total amount of loans granted by the banks

30. Demand pull inflation is likely to be caused by