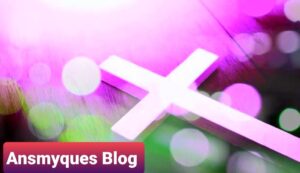 1.    According to Amos, God decided to raise up a nation that would fight and oppress Israel because the people

A. were corrupt and enslaved the poor                    B. claimed to achieve fame by their own strength  C. rejected him  and sold the righteous for silver  D. turned justice into prison

2.    Rahab’s reward for hiding the messenger sent by Joshua to spy out the city of Jericho was that

A. she and her household were spared

B. the city of Jericho was spared for her sake

C. she married one of the spies and became a queen

D. the gold, bronze and iron in the city were given to her

3. One of king Solomon’s unwise policies was the

A. incessant fighting of wars against his enemies  B. signing of treaties with the kings of the surrounding nations    C. use of forced labour to build the house of God  D. making of sacrifice in high places

4.  After Saul had realized that God would have nothing to do with him, he sought the help of

A. Achish B. a prophet C. Samuel D. a medium

5. A promise made by king Saul to anyone that could face and defeat Goliat was

A. Giving his daughter in marriage to the person B. making him second-in command

6. Two of the seven deacons who later became evangelist were

A. Stephen and Nicolas

B. Stephen and Nicanor

7. Which of the following brethren introduced Paul to the disciples in Jerusalem after his conversion?

8. The Jewish leader opposed the early church because believers

9. “Let every person be subject to the governing authorities” This statement of Paul implies loyalty to

10. During Paul’s time with them at Thessalonia, he was involved in __ A. teaching B. tent making C. carpentry D. preaching

12. The son of perdition was use to describe

A. Satan B. devil incarnate C. rebellion D. devil itself

A. taking into heaven B. rapture C. second coming D. c only

17. Even till the death on the cross, Jesus Christ exhibited

A. gentility B. humility C. being obstinate D. goodwill

18. After killing Agag, the killer left angrily, who was the killer here?

19. The prophet who delivered to David of his Adultery act in parables was _

20. “… then after two years of their Father’s inaction and lack of control”, he killed his brother. He in this statement is?

23. During Paul’s time with the Thessalonia, he was involved

24. The Jewish leader opposed the early church because believers

A. perform miracle and wonder     B. ate with the Gentiles C. believe in Christ     D. they were samaritans

25. What did king Josiah do to the idolatrous priest of Judah?

26. God decided to destroy the great city of Ninevah because the people were

27. David made the decision to pursue the Amalekites through

A. divination   B. the casting of lots  C. Abiathar’s support   D. The ephod

28. Daniel became distinguished above all the other presidents and straps because

A. was a Jew from Judah     B. had an excellent spirit C. was more educated than them D. had close relation with the king.

29. According to Hosea, what would God abolish from the land after making a covenant with Israel?

A. Baal B. Foreign gods C. Famine D. The bow

30. The fourth spiritual gifts as enumerated by St. Paul is ____

A. The utterance of knowledg B. Gift of healing    C. Faith  D. Gift of discernment