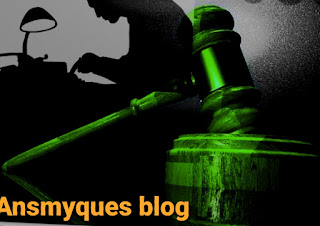 Law, to any lay man is the rules and regulations,  conducts, obligations which is laid out by government of a country and is meant to be obliged to by the citizens. Although there are different Law definitions by scholars which include :

John Austin, he opine ” it’s a set of command set by a superior being to inferior beings and enforced by sanctions.”

Hans Kelson, he also opine that “Law is a system of norms” he further said ” a law is valid if it has been created by a higher norm within the legal order.

Society in its simplest, is defined as the association of human being. This follows the generalised idea that everyone in one way or the other must belong to a society I.e association,  corporation, organisation, labour, force and so on. The assumption that one has belong to any of this makes one in a society already, other than a state (country), so, it’s best assumably said that all different associations in a state are society.

There is of course different intersections of Law and Society, and for one to understand what this fully meant, we have to represent the intersection between Law and Society. Law and society then represent the intersection between the development of society, practice of organisations, norms and the roles and functions of law and legal institutions. Parsons in 1962 observed that “law is a generalised mechanism for regulating behaviour in the several subsystems of the society”, this definition has shown the relationship that exist between Law and society in that the many subsystems of the society is put to be regulated by the law, then what are the subsystems? This is the polity of the society itself I.e the structural organisation and how law is governing its entirety.

Essence of Law to Society on Social Institutions

See also  How To Write An Application Letter

3. Portray a good outlook on such society : Law beautify the face of a society. When regulations are put in place to cushion the conduct of human, humans tends to be in conscious with whatever regulation that is, because, human by nature fears punishment or sanctions even though they’d prefer to taunt the law. The fact that there is a proper sanction put in place, organisation,  company, religion houses and all social institutes become oblige to abide by the policy of such society, this of course creates disciplinary measures through which other outsiders of a society sees and believes such organisations or society is good in the country.

5. Serve as social control : Law serves as a means of social control, this is that any society joined whatsoever must have rules and regulations governing it. Social control may loosely be described as the control of social behaviour, that is, behaviour that affect others. The term “social control” is a technique coined out of sociologists. It was first used by one of the fathers of American sociology, Edward A. Ross, to refer to certain regulative institutions which function to ensure that individuals behaviour is in conformity with group demands- supernatural beliefs, Ceremonies, public opinion,  moral, art, education,  law etc.

Thank you very much for stopping by and getting this from us, we hope you like it and please do well to come back and get more relevant articles like this.

Love y’all have a nice day