“A cold coming we had of it, Just the worst time of the year

For a Journey, and such a long Journey

The ways deep, and the weather sharp,

The very dead of winter”

And the camels galled, sore-footed, refractory,

Lying down in the melting snow.

There were times we regretted

The summer palaces on slopes, the terraces

And the silken girls bringing sherbet.

Then the camel men cursing and grumbling

And running away, and wanting their liquor,

And the night-fires going out, and the lack of shelters And the cities hostile and the towns unfriendly

15 And the villages dirty and charging high prices.

A hard time we had of it.

At the end we preferred to travel all night, Sleeping in snatches.

With the voices singing in our ears, saying

20 That this was all folly.

Then at dawn we came down to a temperate valley.

Wet, below the snow line, smelling of vegetation; With a running stream and a water-mill beating the arkness. And three trees on the low sky,

And an old white horse galloped away in the eadow.

Then we came to a tavern with wine-leaves over the lintel.

Six hands at open door dicing for pieces of silver.

And feet kicking the empty wine-skins. A

But there was no information, and so we continued. 30 And arrived at evening, not a moment too soon Finding the place, it was (you may say) satisfactory All this was a long time ago, remember, And would do it again, but set down

This set down. This: were we led all that way for

Birth or death? There was a Birth, certainly.

We had evidence and no doubt. had seen birth and death

But had thought they were different: this Birth was
Hard and bitter agony for us. like Death, Our death.

40
We returned to our places, these kingdoms,
But no longer at ease here,
in the old dispensation.
With an alien people clutching their gods.
I should be glad of another death

T.S. Eliot was born in St. Louis, Missouri in 1888 and was edu cated at Harvard, Morton College, Oxford and the Sorbonne, settling in England in 1915 and becoming a British subject in 1927. He was a school master for a time and later founded a literary review called, “The Criterion”. He was soon after, made a director of Faber and Faber, the publishers. His early romance with poetry were met with hostility because of his un conventional vocabulary which were difficult for average read ers. His poems are characterized by musicality, profundity of thought, and descriptiveness.

Journey of the Magi is a poetic account of the three wise men from the East in the Christian Bible. The poem written by T.S. Eliot recounts the hazardous effects encountered by the wisemen (Magi) in the search of the new born baby. The story is narrated in three main divisions, each division dealing with a different aspect of the journey.

of their exit. In the morning which was cold it was during winter. “A cold coming we had of it/Just the worst time of the year” referred to by the narrator as “the very dead of the winter” and “sharp weather”, when life generally is prosaic, drab and uninteresting. In addition to this nascent inclement weather condition, the journey was also a long one and to crown it all, the camels were “galled sore footed, refractory/Lying down in the melting snow” That is, the camel men displayed some uncooperative attitude. And they had swellings on their body and were stubborn. All these factors made the magi’s journey right from the outset to be difficult and they even regretted ever setting out for the journey. Thus, “There were times we regretted”. He also stated that they took notices of some certain things on their way. This included, “the summer palaces on slopes, the terraces/And the silken girls bringing sherbet”. “Sherbet” is cool drink of sweetened fruit juices.

The uninteresting journey created some problems not only to the magi but to the camel men. The camel men started “Cursing and grumbling” and even preferred “their liquor and women to the journey. As if the already deteriorating situation was not enough, night was almost around the corner, they lacked shelters, the villagers were hostile, and unfriendly. coupled with the indecent environment and the exorbitant prices for food

and drinks charged by the villagers. To minimize the hostility of the inhabitants and to reduce their contacts with these extortionists, the magi decided to travel at night. Thus, the narrator recounted, “And the night-fires going out, and the lack of shelters/At the end we preferred to travel all night”.

The Magi were sleeping occasionally and blaming one another as they became despondent, this is the meaning of “sleeping in snatches/With the voices singing in our ears saying/That H this was all folly”.

The second stage of the poem which starts from (line 21) H saw the magi expressing some optimism of a bright weather he and a finer topography. The place was full of trees, running th stream, cool weather. They even noticed “an old white horse th galloped away in the meadow”. As the magi narrated “Then at dawn we came to a temperate valley/Wet, below the snow lik line, smelling of vegetation/With a running stream and a OC water-mill beating the darkness/And three trees on the low th sky”.

Suddenly, the magi ran into a “tavern with vine-leaves over the lintel”. This boosted their morale only to be disappointed on what they saw in the inn- “six hands at an open door dicing for prices of silver/And feet kicking

the empty wine-skins/But there was no information…”.

However, they were not diametrically discouraged, they rather persevered till they reached their destination, “…and so we continued/ And arrived at evening, not a moment, too soon/

Finding the place; it was (you may say) satisfactory”. One thing is clear in the place they move into; there was actually the birth of a king. “There was a Birth, certainly/We had evidence and no doubt”.

The last stage of the poem begins with the narrator stating that the journey he was describing to us happened “a long time ago”. The narrator was expecting that birth should be attended with comfort and happiness, and death with suffering, but the reverse is the case in the journey under review. As he said “were we led all that way for/Birth or death?….. I had seen birth and death/But had thought they were different”..

He stated that this journey and birth had been a caustic experience for them, he said “this birth was/Hard and bitter agony for us, like Death, our death”.

However they had seen the messiah whose sight raised their hope and faith, despite the fact that when they

returned to their base, things were in disarray and scattered because of the intervening of foreign influences, yet the narrator dropped a surprising hint, having forgotten their sufferings, he would like to repeat the journey, irrespective of the fore-seeable oddities. In his words, “I should be glad of another death”. By this end lines, the narrator is calling for a fortitude on our part in the face of difficulties and foibles of life.

DICTION: The language of the poem is not difficult or deceptive. The words there-in are familiar to the average reader. The poem itself is written in prose and verse form. Because of the prose-like nature of the account. The diction is straightforward but the syntax a bit complex. The poem is narrative, descriptive, simple and musical.

(1) The Three Trees symbolise the trinity or triune nature of God.

(2) The White horse is a symbol of purity. The horse, is the symbol of Christ, and the entire sloppy topography indicates the iniquitous and corrupt life of the people

which in the face of all these. the redeemer emerged.

(3) The “running stream” symbolises baptism and it is the water of purification.

(4) The “tavern” shows the house of Herod in the bible which had information-glut by the time the “wisemen” called in.

(5) The sight of the vine-leaves symbolised peace and good neighbourlines.

(6) The journey of the magi, itself is a symbol of a soul in search of salvation.

PARADOX: It is paradoxical in lines 38 39 that the beginning of life marks the journey to the grave. The statement is therefore self-contradictory.

PUN: It is a play on words for the poet to say in line “…but set down/This set down”.

(b) The cities were hostile, the towns unfriendly. All

these are giving human attributes to abstract ideas and/or inanimate object. This figure of speech makes the whole TI scenario picturesque.

SIMILE: “Hard and bitter agony for us, like Death”. Here, we are able to know the difficult and agonising condition the tourists had to undergo comparable to death.

SYNECDOCHE: “And feet kicking the empty wine skins” (Here, “feet” stands for people). It can as well be used as an example of a metaphor. Another example is “six hands” which stand for six persons gambling at the hotel.

IRONY: It is ironical that despite all the difficulties encountered by

the magi, they would like to repeat the journey “I should be glad

ONOMATOPOEIA: Is exemplified in lines 11 and 12. Then the camel men “cursing and grumbling”…”Running away… wanting their liquor”.

LITOTES: Line 30 says “not a moment too soon” which shows that the journey clearly took a month of sundays (a fairly long period).

TONE/MOOD: While the mood evokes a general feeling of despair and discomfort, the tone is that of disappointment and unhappiness.

(1)Suffering as a pre-condition for the attainment of salvation.

(2) The need to endure difficulties and problems of life. 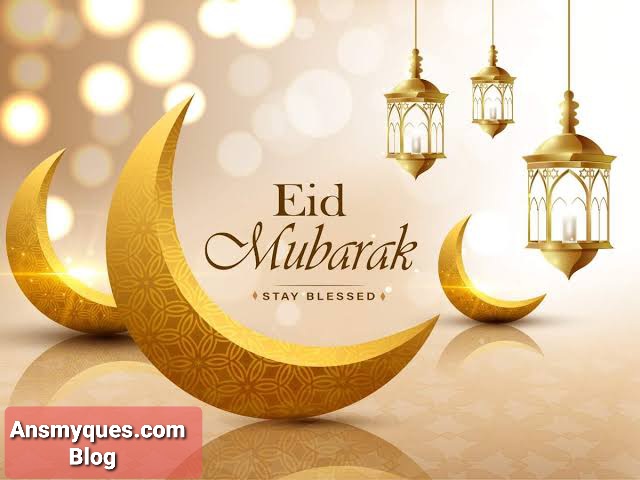