In 1846 the Presbyterian Church was founded in Calabar through the pioneering work of Rev. Hope Waddell and Rev. Edgerley. Being a very important administrative and commercial headquarters in Southern Nigeria, Calabar attracted many people from the hinterland among whom were the Ibeno people. In 1886 they came in close contact with the Presbyterian Missionaries and Efik Christians in Calabar and became keenly interested in the Gospel. When they reported their experience to their people at home, Mr. Williams from Sierra Leone, one of the foreign traders who settled in Ibeno, started to teach them the Ten Commandments, assembling them on Sundays to tell them the Word of God. Enthusiasm grew and the people sent a letter to the Presbyterian Missionaries in Calabar, asking them for a missionary to be sent to Ibeno to teach them more about God. The letter was received by Mr. Foster, a Jamaican Missionary, who forwarded it to Dr. Grattan Guinness, the Principal of Harley College in London, where missionaries were trained.

HIS BIRTH AND CALL
Born in Belfast, Northern Ireland, January, 1867, was Samuel Alexander Bill, whose mother had offered him to the service of the Lord. Samuel had earlier made up his mind to go out as a missionary to one of the many unoccupied fields scattered over the globe. To get him well equipped for the work his mother sent him at the age of 22 years to Harley Missionary Training College. One day in June 1887, at breakfast time, Dr. Guinness read the letter from Ibeno Chiefs to the students. He announced to them that it was an appeal from some Chiefs of Ibeno tribe on the Southern shores of Nigeria for a white teacher to tell their people about God. Adding that it was a wild country with a treacherous climate, he asked if any of them would go. Through this appeal Samuel Alexander Bill heard God’s call, took the challenge, and decided to go. It was made clear to him that there was no missionary body to send him. He knew that he had to go to Qua Iboe; that was all. Like Abraham, he was called to go out in naked faith, not knowing where his steps would lead. As he had no money, he hoped to earn his living by working, while teaching the people about Jesus Christ. Dr. & Mrs. Guinness volunteered to provide his passage and a slender tropical outfit as well as support him as far as their means could permit.

THE BIRTH OF THE QUA IBOE CHURCH

On 14th September, 1887, Samuel Bill left Belfast for Ibeno, arriving Calabar on the 6th October 1887. He stayed for two weeks in Calabar with the Presbyterian Missionaries who taught him the language and the customs of the people. At last on 1st December, 1887, he arrived at Ibeno and was warmly received by the people. Samuel Bill went straight into teaching the “hungry” people about Christ. He had difficulties but the divine care over him never failed. Psalm 23 which he often read proved a source of encouragement and inspiration to him. He usually got his provision through a launch that sailed between Calabar and Eket. Mr. & Mrs. Williams often accorded him warm hospitality and constantly the people of Ibeno sent him yam and fowls. In 1888 Samuel Bill was joined by Achie Bailie. Both of them working with untiring effort soon began to see the fruit of their labour. The first convert was a woman, Mma Etia. The second was Mr. Bill’s house servant, David Ekong who later became the first ordained pastor of the Qua Iboe Church. The first Communion Service took place on 18th February, 1890, with eleven communicant members participating.

HOW THE NAME “QUA IBOE” EMANATE

The Qua Iboe River is so named because it enters the sea at a place in Ibeno called “Aqua Obio” (Big Town), but wrongly spelt and called “Qua Iboe” by the early Europeans who came to Nigeria. The river had already been named Qua Iboe (Aqua Obio) before the arrival of Samuel Alexander Bill. In order to locate the area of his missionary activities which were concentrated along the basin of the Qua Iboe (Aqua Obio) River, he chose to call the mission field “Qua Iboe Mission,” that is, the Mission operating along basin of the Qua Iboe (Aqua Obio) River. Had the name “Aqua Obio” not been corrupted he would certainly have named the Mission “Aqua Obio Mission,” just as the first Presbyterian Missionaries called their mission “Calabar Mission”. The Qua Iboe Church has therefore grown up as a result of the pioneer-missionary vision of the late Mr. Samuel Alexander Bill, with the kind co-operation of the Qua Iboe Mission, which is an evangelical and interdenominational Council of friends in Great Britain. The Qua Iboe Church now numbers over 1000 congregations with more than 2,000,000 communicants. It is served by over 400 ordained Revd. Pastors and not less than 950 pastors and evangelists. The Qua Iboe Church is completely autonomous and has, at present, no constitutional ties with any overseas Church. It is a fully protestant, evangelical, independent and indigenous body in partnership with the Qua Iboe Mission (Fellowship) which it is happy to work with. Prior to the takeover of schools by the Government the Qua Iboe Church had over 300 Primary Schools and ten Post-Primary Institutions in the Country, it maintains 3 Theological Colleges in Abak, Akwa Ibom State, Ankpa in Benue State, one in Oloko. It runs two General Hospitals and two Leprosy Hospitals at Etinan, Ekpene Obom and Ochadamu. To conclude, we quote the words of Jean Corbett, “Samuel Bill’s work may be finished, but the Plan revealed to him is still developing in remote rural areas, and teeming modern cities of the new Nigeria. As Mission scaffolding disappears, the Qua Iboe Church not only survives, but continues to grow and mature according to the plan of God”.

THE TRUTH ABOUT QUA IBOE

CHURCH CRISES
As pointed out earlier, Qua Iboe Church was founded at Ibeno in 1887 by Rev. Samuel A. Bill, an Irish Missionary and had remained very peaceful till recently. The current crises began in 1996 when one Nathaniel Issah, then a revered Pastor in Qua Iboe Church of Abuja Area Conference submitted a memo demanding a change of name from “Qua Iboe Church” to other name(s). He claimed that the name “Qua Iboe” Church is demonic, occultic and hinders evangelism, alluding that the name derives from the water spirit. Qua Iboe Church did not and will not change her name as the constitution of the church makes no provision for such. The name change thing was to be subjected to experiment as decided by 2001 Annual Conference. That decision sparked off protest from a large section of the church that went to court to challenge the attempt to do anything to the name of the Church. Some went to Corporate Affairs Commission (C.A.C) Abuja and placed a caveat. When Issah saw he was not making any headway, he split the Church in 2002 and declared himself president of United Evangelical Church. He later changed to trustees group; then Chairman, Five Man Interim Management Committee and recently he again claims to have returned to Qua Iboe Church. But Congregations who supported his rebellion at Port Harcourt, Abia, Imo, Kogi, Abuja etc use Qua Iboe Church Compounds and property but display United Evangelical Church on their signpost.

Activities of the “QUA IBOE” Mission

See also  DAVID : A MAN AFTER GOD'S OWN HEART

EDUCATION AND HEALTH SERVICES
Reading and writing received no little encouragement right from the founding of the Qua Iboe Church. Wherever a church was planted there was at least a night school or adult education class. The Efik version of the pilgrim’s progress was popular in the top classes. In 1904 the first Primary School was opened at Ukat. In 1906 a Girls’ Institute was opened at Afaha Eket, later known as Grace Bill School, Etinan Institute was founded in 1915 as a boarding Primary School for boys and converted into a Secondary School in 1936. In 1941 a Bible College was opened at Ikot Ekang, Abak. The first hospital was opened at Etinan in 1927. On January 4, 1928 Samuel Bill dedicated the new hospital to the service and glory of God. “Wherever the Gospel is carried,” he said in his address, “two things are always linked together, preaching and healing.”

PRINTING PRESS
In order to provide religious tracts, vernacular readers, and record books required for the work of the church a printing press was established at Nditia in Afaha Eket in 1916, but later transferred to Etinan in 1928. The press was hard hit by the Nigerian Civil War and the untiring effort of the church to rehabilitate it has proved very unsuccessful. Nevertheless, in spite of many setbacks the press has been an indispensable “companion” in the work of evangelism. 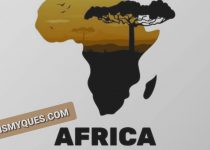